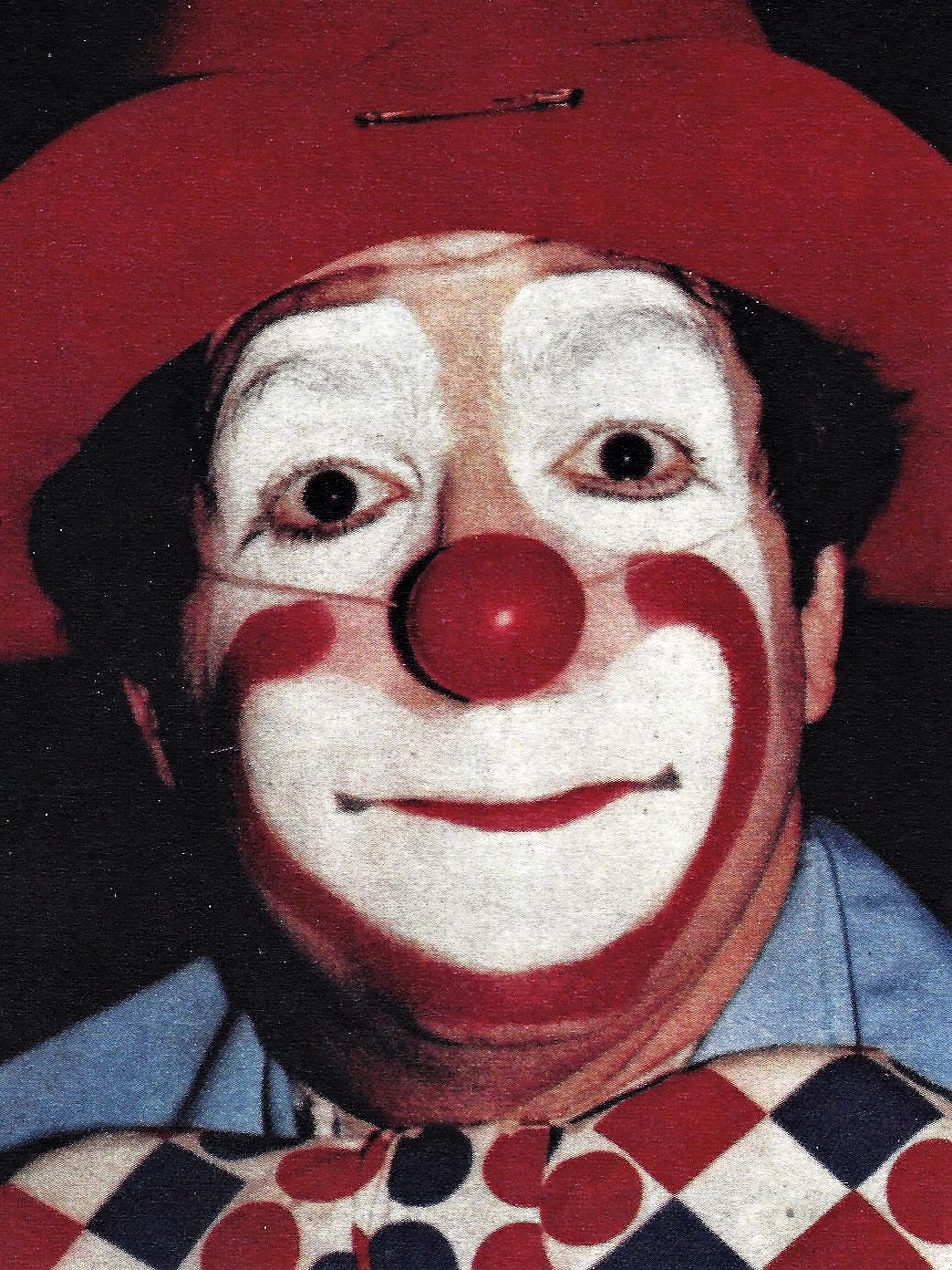 What I remember most of my one big day as a clown in Ringling Brothers was the look on the faces of the kids as I climbed into the seats at the old Washington Arena with Frosty, the boss clown. Wide eyes and broad smiles, the kids didn’t know I was just a one-day clown, but they were getting to meet a clown from the Greatest Show on Earth. It was special – for them, and for me.

I had arranged to perform with the circus for this one day for a story in the Providence Journal’s Sunday magazine. Bob Thayer, the late great Journal photographer, was with me to record every moment, photos now that I cherish. We would spend two days in Washington, the first to meet Frosty and the other clowns and see what was going on behind the scenes, the next to perform.

It was an amazing experience. So that’s why this weekend is one of some sadness as Ringling Brothers makes its last stop in Providence, and soon its last stop ever. Its first performance was in 1871, and its last will be May 21 of this year.

Let me be clear. I’m on the side of the animal rights’ groups, but I’m saddened that the result is the end of a longstanding tradition that has delighted thousands, millions of people over the years.

I’ve also been to Africa, and I’ve seen elephants and other animals in large preserves where they live free … and they appear so much healthier, happier than animals in captivity, even in our zoos. It is awesome to see elephants or baby rhinos and hippos at play. It’s pure beauty to watch as water buffaloes and zebras gather at a water hole at sunset, or giraffes eat from the tops of trees.

And the world has changed, with even the last performance of Ringling Brothers, I believe, being shown live on Facebook. Entertainment comes at us in ways that in 1871 no one could have envisioned. Perhaps that too has diverted some audiences away from the live performances.

The circus – it has been the subject of countless films and songs, and how many kids dreamed of running away to join the circus? And how many did?

I suspect some circus shows will prevail, maybe without some of the more exotic animals, and with fewer acts, fewer clowns, playing in smaller arenas. But, as Frosty said to me, you aren’t really a clown until you’ve performed in Ringling Brothers.