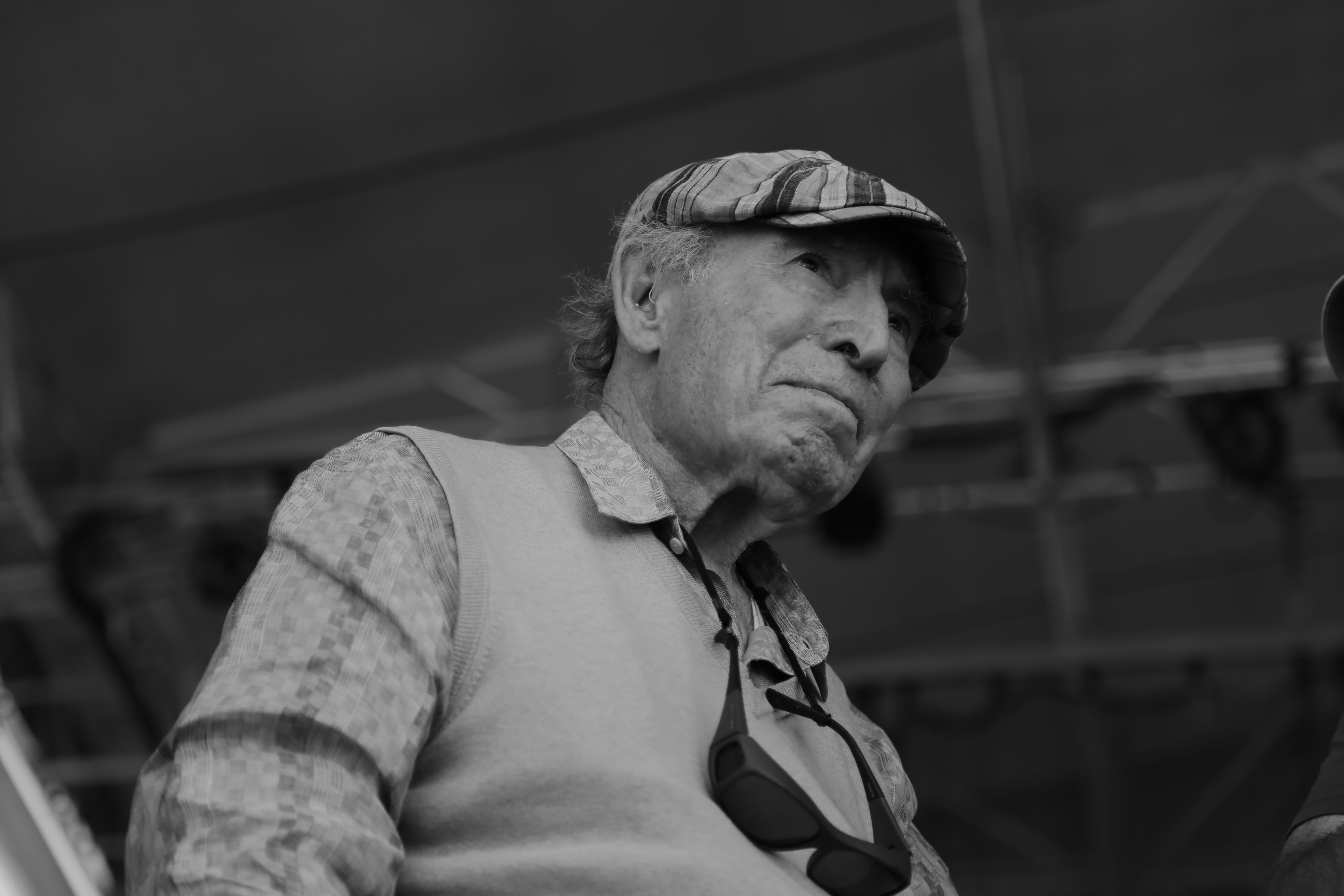 Motivation. For decades George Wein has been a paramount figure in the development of the music, mostly jazz. It’s what he played, and it’s what he presented, in his Storyville Club, and at the festivals in Newport, New York, New Orleans, and around the globe.

In this part three of our interview with George, we explore what it is that has motivated him throughout his career.

We had the privilege of visiting with George at his home/office in New York City recently. Here’s part of three of what appears now will be a five part series.

QUESTION: Am I correct that you were 29 when you put on your first Newport festival?

QUESTION: That’s an incredible undertaking for someone so young.

Wein: I’d been in business for four years, from when I was 24 when I opened the club. And for the four years prior to that, from when I was 21, I was playing in a jazz atmosphere, and getting to know different people in the industry and the radio. People like Nat Hentoff, we became friends. The radio people. I knew them all, so I had a base from which to start with, plus I knew what jazz artists the public wanted to see because of my club. I knew who was selling tickets in my club, and who wasn’t.

QUESTION: When you ran that first festival, what was your vision then, and did you ever imagine what it would become?

Wein: I guess I did. We called it the first annual jazz festival, even though we didn’t know if there would be a second year. But festivals go back to the middle ages, medieval times. Just the word festival is part of our society, and part of our lexicon. Why not think that a festival will continue? People ask me what is the best thing about a festival When it is over and you know you are going to do it next year.

QUESTION: My personal belief is that we can read about points in time in history books. But it is only through the arts – the visual, the performing arts – that we learn about the soul of a society. That’s what kept me doing this for 13 years (note – I was integrally involved in a performing arts center that presented a considerable number of jazz and folk performers). What’s motivated you to do this for a lifetime?

Wein: I never had any motivation. I always wanted to do something. I never said I wanted to go from here to there. I just wanted to go somewhere. When I started a club, that came up overnight. I wasn’t playing at clubs saying someday I want my own club. But then the occasion happened that I had my own club.

I never thought I was going to do festivals, until the Lorillards came to the club and said do something with jazz in Newport. There’s a classical festival in Tanglewood. Why can’t we have a jazz festival in Newport?

I really was fascinated with travel. So I went to Japan. Travel was as important to me as the music. When I became interested in food, I set up tours in Europe. I’ll never forget, one night I was with Theloneous (Monk) and we’re playing a concert in Lyon, but I wanted to go to a restaurant in Vienna, which is where there is a great festival now. There’s a three-star restaurant there and I told Theloneous I won’t be at the concert tonight, I’m going to a restaurant. He said, that’s the reason you set up the tour.

I do have a motivation now, which is to keep my festivals alive after I’m gone. That’s the motivation.

When I came up with my different ideas, when I was finished in Newport because of the riot of ’61, I didn’t know what I was going to do. But I have to keep the festival alive, and I have to go to an urban area. What better urban area than New York. But if I go to New York, I have to do something that’s never been done before. And that’s when I created the Newport Festival in New York, where I took over Carnegie Hall, Avery Fisher Hall, Radio City Music Hall. I had 45 different concerts in 10 days. New York was wide open for any ideas I had. With all this, I had to borrow money to do it. I broke even the first year. I couldn’t believe it. I didn’t know we’d get sponsors. I never went out of the way to get sponsors. Sponsors came to me.

Motivation. You go to school you want to be a doctor. You’re motivated to be a doctor. I never had any motivation. Even to be a musician. I didn’t know I was good enough. I didn’t feel I was a natural. If I felt I was better, maybe I’d have been a fulltime musician Now, I’m sorry that I didn’t study more, and I would have been better. I played pretty good when I’d get going. But I realized what I lacked. Sorry I didn’t get more into my head musically.

Motivation. It’s a matter of thinking what you’re going to do next. You probably think the same way.

QUESTION: When you look back on your career, what are the highlights. What are those things that are most meaningful to you?

Wein: So many wonderful moments in my life. And, so many bittersweet memories. At the height of my career when I was building my legend. And I am a legend now. People tell me that. I was being slammed. We were the establishment, and everybody who was not part of the establishment was slamming the establishment. It is like Republicans slamming Obama and Democrats slamming Trump. Slam him all you want. Now, as I get older, and I am old, I’m reaping the accolades, the rewards of accolades that I might have appreciated more when I was just grinding it out and putting on those great Newport festivals. I’m enjoying life now more than when I was really struggling to keep things going.