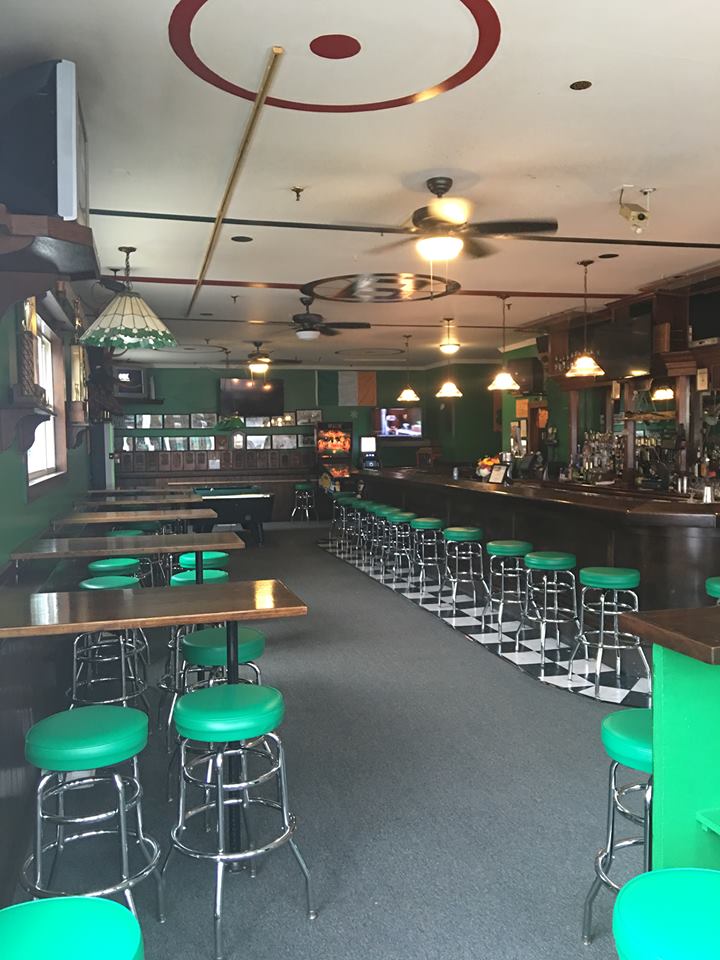 Follow the story in order by reading this – Neighbors Say Irish American Club is Taunting Them With Outdoor Sign – before readin below.
Sharon McCarthy, Co-Owner of the private club e-mailed us with the following on Sunday evening;

“I am writing to response to the article posted on November 5, 2016 “Neighbors Say Irish American Club is Taunting Them with Outdoor Sign”.

Since our purchase we have been busy with building improvements, preparing the apartments for guest house use and operating the Irish American Athletic Club. We recently applied for an entertainment license in the event that we would like to hire some live entertainment for the club.

There were some neighbors that attended that voiced their opinions that totally took us by surprise. Only one of the neighbors reached out to us prior to the meeting and I had a lengthy conversation with her addressing her concerns. She was concerned that we would be putting a restaurant in, have long lines of patrons waiting to get in and loud entertainment. I explained to her that we would eventually like to install a kitchen to serve a limited menu and that we were not looking to make the establishment into a night club since we are operating guest housing on the second floor. We have started to rent out one of the apartments for guest housing and have received nothing less than 5 star reviews. We would not be able to keep running the guest housing with loud bands and chaos from the Irish American Club. She thanked me for calling her and taking the time to explain. This neighbor spoke at the council meeting along with some others not only opposing the application for an entertainment license but bringing up incidents that happened from a previous owner thirty years ago as well as incidents involving Salve students. We cannot change the past history. The article also mentioned two addresses down the street that had college students having parties, this in no way involves us. I have been at the club later in the evening and have seen the Salve students walking by our establishment. The students have not been coming in.

Not only at the meeting but in your article there have been references to party houses and unruly students. None of this is within our control and is a detriment to our business as well.

There was an unfortunate incident that keeps being mentioned about a gentlemen’s head breaking the front door. A police report was filed since I was punched by this individual and then when he was out of the building and could not get back in he broke the glass door. This reflects our efforts to change the environment here from the past.

As far as the sign, it was not directed at anyone. We have received many people complimenting us on our sign, taking pictures and sharing with us that they always like to see what we put on the sign. We have a big book of Irish Proverbs that we use to put things on the sign. A neighbor called to voice their concerns about the daily sign and soon as It was brought to our attention we immediately changed the sign.

We will be hosting a neighborhood meet & greet this upcoming Saturday, November 11th from 10 AM – Noon and invite all of our neighbors to attend so we can work together and put their minds at ease.”