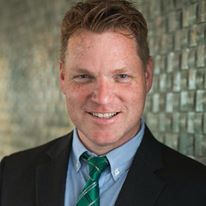 I’m Mike Smith, Independent Candidate for House District 75, and I ask for your vote on November 8th. I’ve knocked on thousands of doors during this campaign and listened to our neighbors’ concerns. As a father of three, Newport small business owner, member of numerous chambers of commerce, and marine and environmental advocate, I too feel the urgency to set us on the right course. To do so we must restore ethical government to Rhode Island, create a year-round economy – not one solely dependent on tourism – and provide an excellent education that prepares our kids for the future.

Dark politics are strangling R.I. and making our future bleak. We see the results at our dinner tables as we struggle to make ends meet – with the empty chairs of our parents that have sought retirement security elsewhere, and of our children that have followed businesses out of state to chase their dreams.

Instead of going to Providence to be an agent of change, my opponent, a former lobbyist herself, quickly became entrenched in the failed establishment. She voted a staggering 99.3% of the time with the status quo leadership that has put our state’s economy and reputation in last place – and has been handsomely rewarded with a bevy of lobbyist checks, including from the casino lobby that she opposed only two short years ago.

Newport deserves better! I promise to always put Newport first, to fight for truth and justice, and to bring new ideas and new vision to the Statehouse. My immediate 8 priorities for Newport are to:

We must have a sense of urgency to move beyond the crony politics of the past and to sail Newport and Rhode Island into a new direction of growth and prosperity – with actions, not mere words. I humbly suggest that I am the person to do just that, and ask for your support on November 8th.

The above Letter To The Editor was submitted by Mike Smith, Independent Candidate for Rhode Island House District 75 (Newport). The views and opinions expressed within are not necessarily represents those of What’sUpNewp, our writers or our advertisers. To submit a Letter To The Editor, e-mail ryan@whatsupnewp.com.