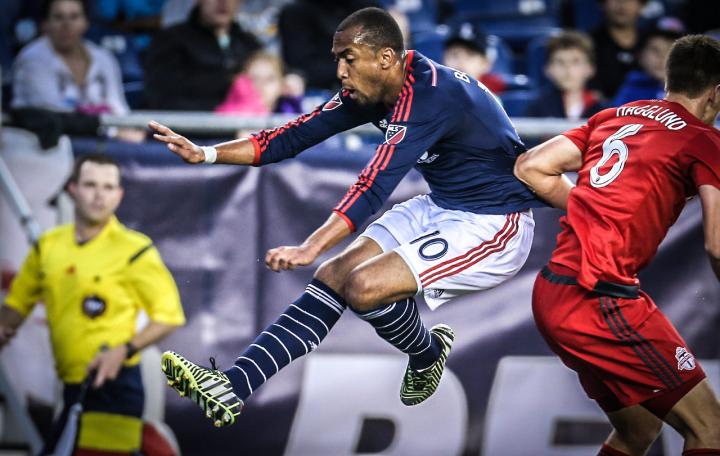 How does a professional athlete “keep a clear head” during a roller coaster season of ups and downs?  Teal Bunbury, midfielder for the New England Revolution will share his thoughts on this, Sunday, November 13, 2016 at EFC Newport, at the 9 a.m. and 10:45 services.

Bunbury, along with Walt Day, Director of Athletes in Action Pro Sports Ministry, will discuss the Revolution’s 2016 season and Bunbury’s soccer career.  They will comment on the role Bunbury’s faith plays, on and off the field.

“Sometimes things don’t look the best when you are out there on the field,” Bunbury said when interviewed for the New England Festival of Hope earlier this year.  “But, I have a strong faith in Christ. When I am out there, I lean on my faith and play for the glory of God.”

Born in Ontario, Canada, Bunbury was raised in Faribault, MN.  Early on he played youth soccer for the Canada Nation team and then moved to the U.S. National Team.  He joined New England Revolution in 2014.

Former Chaplain to both the New England Patriots and the Boston Red Sox, Walt Day will share the role that his ministry plays in working with professional athletes.  Day also served in ministry to the Boston Celtics, and the New England Revolution.  He is a Warwick, RI native and includes time spent working with the Pawtucket Red Sox in his past experience.

“Teal has a very positive influence on the Revolution and is well respected by the players and coaches,” said Day. “He will talk about how his faith helps him keep things in perspective and win his daily battles during this busy time of his life.”

EFC Newport is a contemporary church located at 70 Bliss Mine Road, Middletown, RI.  Services are open to all and the community is encouraged to attend.