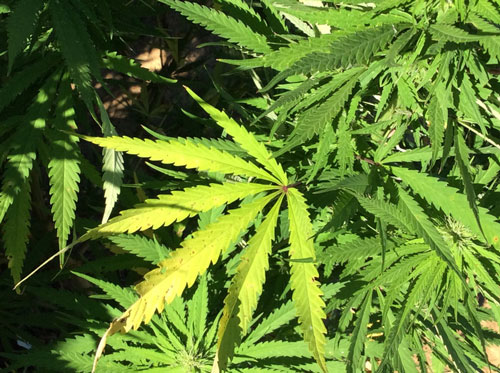 The following Letter To The Editor was written and submitted by Mike Simpson, a resident of Middletown The views and opinions expressed within this piece may not be those of What’sUpNewp’s staff, advertisers or sponsors.

As Rhode Island and the rest of the country progress toward more sensible policies regulating the use of cannabis, a member of the Town Council is proposing new rules to preemptively prohibit legal sales in Middletown. In the last few years, the Rhode Island state legislature has introduced a perennial bill to regulate and tax cannabis to increasing endorsement, and recent polling places regulation similar to alcohol support at 57%, with some voting groups support as high 73%. Nevertheless, Councilman Rick Lombardi has introduced a new zoning ordinances proposal that would prevent any regulated cannabis cultivation sites and retail stores from opening their doors in Middletown. While Councilman Lombardi seems to be concerned about the well-being of the citizens of Middletown, what he doesn’t seem to realize is that further prohibition will only proliferate the issues with which he is distressed.

While well-intentioned, Councilman Lombardi’s attempt to prohibit state-licensed marijuana facilities is shortsighted and will certainly do far more harm than good for Middletown. There are three primary reasons we should all strongly oppose his ordinance. First, science has proven that marijuana is not the evil menace that Councilman Lombardi believes it to be, and that in fact, it can be a powerful therapeutic treatment for patients suffering from chronic, debilitating health conditions. Second, banning marijuana establishments from Middletown means that citizens would miss out on the economic benefits that come with them, namely job opportunities and tax revenue. Finally, rejecting a regulated legal market would only encourage the continuance of an unregulated illegal market, which undermines public health and safety, and fails to provide an apparatus to keep marijuana out of the hands of children.

Councilman Lombardi thinks that we have fallen for the ‘myth’ that marijuana is less dangerous than alcohol. Myths, however, are not typically backed by decades of scientific research. Numerous studies show that marijuana is in fact less toxic, less addictive, and far less harmful for one’s long-term health than alcohol. The Center for Disease Control reports that there are roughly thirty thousand ‘alcohol-induced deaths’ in the United States every year. Yet, there has never been a single death attributed to a marijuana-induced overdose. Furthermore, science has proven marijuana to be an effective and valuable medical treatment for people suffering from debilitating conditions, such as chronic pain. Looking at each state’s Medicare expenses for prescription drugs, researchers at the University of Georgia recently found compelling evidence that medical marijuana is often used as a substitute for addictive and potentially lethal opioid painkillers. At a time when opioid overdose death remains a serious public health concern, we should be making medical marijuana more accessible, not less.

Refusing to allow state-licensed marijuana establishments in Middletown will also hurt us economically. A reasonable analysis put forward by the Marijuana Policy Project estimates that Rhode Island would generate upwards of fifty-eight million dollars annually from taxing and regulating marijuana. The most recent version of legislation introduced in the General Assembly to regulate and tax marijuana for adult use would direct ten percent of the revenue generated by marijuana sales back to cities and towns that have marijuana establishments. By banning these facilities, Middletown could miss out on millions of annual tax dollars for our municipal budget over the next several years. Additionally, we would deprive Middletown of jobs and other economic benefits that accompany new businesses.

By themselves, additional tax revenue and economic development do not necessarily outweigh the costs of bad policy. But regulating marijuana similarly to alcohol is not bad policy. It is the smartest approach we could take from a public health and safety perspective. We all know that our current policy of prohibition is not at all effective in reducing the use and availability of marijuana. Anyone who wants marijuana can find it easily enough in the illegal, underground market. This black market is great for the dealers who make a nice profit without having to be subjected to any regulatory oversight. But without regulations, these illegal dealers have no incentive not to sell marijuana to children; no incentive not to sell contaminated products; no incentive not to push harder drugs like heroin or cocaine. On the other hand, regulated and licensed businesses have strong incentives to follow the rules and prevent marijuana from ending up in the hands of teens. If they fail to meet these requirements, they lose their business. As a result, it is clear that Middletown would be safer if we replace the illegal marijuana market with a well-regulated legal market, rather than maintain the status quo.

I urge all my neighbors in Middletown to attend the public hearing before Town Council on August 15th at 7PM at Town Hall, and I urge all my neighbors to call and e-mail each of the town councilors to call on them to reject Councilman Lombardi’s ordinance. This shortsighted and antiquated proposal would create an undue burden for sick patients who need access to legal medical marijuana;, it would deny Middletown enormous amounts of tax revenue and boosts to the local economy;, and finally, it would encourage the continuance of a dangerous illegal market, making it easier for marijuana to fall in the hands of children. As a result, we should all urge our Town Council to reject this archaic and pedantic proposal and remember who supported it when we cast our votes this November.

OUR TOWN COUNCIL & THEIR E-MAILS

Have something you would like to submit for a Letter To The Editor? Your views and opinions are always welcome, e-mail Ryan@whatsupnewp.com. 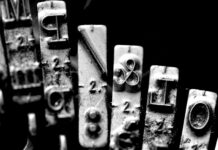