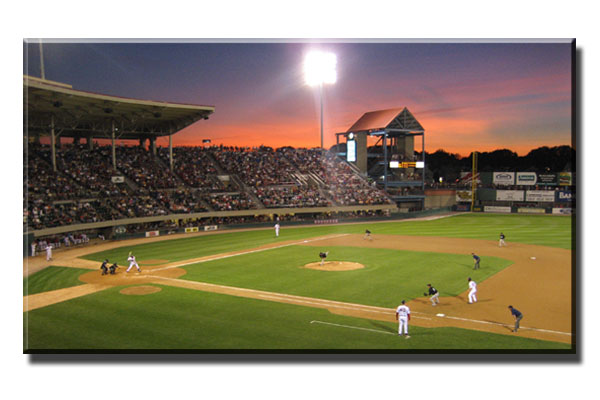 On the eve of McCoy Stadium’s 75th anniversary, the Pawtucket Red Sox will undertake a structural review of the facility, a review that will ultimately determine whether the minor league team remains at McCoy following the 2020 season, or resumes its search for a new home.

Assessing the status of the structure is critical in determining the stadium’s future after the Pawtucket Red Sox lease expires in 2020, said Dr. Charles Steinberg, president of the franchise.

Built on a swamp known as Hammond’s Pond, the project first began in 1938, with then Pawtucket Mayor Thomas P. McCoy its greatest champion. The stadium was completed in 1942 and it was dedicated and named after McCoy in 1946, the same year that the first minor league team called the facility its home. The Boston Braves Class B affiliate, the Pawtucket Slaters would remain at McCoy Stadium for four seasons.

It wasn’t until 1970 that the Red Sox first moved its AA affiliate to McCoy and three years later its AAA affiliate.

Now faced with an aging stadium – second oldest among AAA affiliated teams – the new owners are seeking answers on how to upgrade or replace the facility, recapture fan loyalty, and reverse what has been a steady decline in attendance over the last seven years.

After a rocky start last year, Steinberg said there is renewed cooperation between the team’s management and the city of Pawtucket.

Pawtucket Mayor Donald Grebien “and Larry Luchino (the Pawtucket Red Sox chairman) understand the number one fundamental is that we need to work together with the state of Rhode Island to do a good study of this ballpark,” Steinberg said. “One that everybody– the city, the state, the Pawsox can agree on.
“Let’s go and conduct that study and see what we have,” he said. “Check out the bones. Do the proverbial x-rays on this ballpark that was built in 1942. See its status and see what needs to happen. You have to know your physical plant.

“That level of cooperation as they embark on a study jointly reflects a spirit of cooperation and will lead us to clues as far as what the future holds for the ballpark.”

The study, Steinberg said, has not begun, but he anticipates its completion within a year.

McCoy Stadium is the oldest ballpark in the International League. Second oldest is Scranton Wilkes Barre, built in 1989, 47 years after McCoy was completed. The only AAA ball park that is older is Vaqueros Laguna, of the Mexican League. That stadium was built in 1932.

The structural condition of McCoy Stadium is part of a larger equation that will determine the viability of keeping the Pawsox in Pawtucket. Stopping declining attendance is critical, Steinberg said.

Last year, amid controversy and what Steinberg recognizes was ill will created when the new ownership sought to move the team to Providence with a large infusion of public money, attendance plummeted below 500,000 to 466,600.

Now team management is intent upon restoring what had been a longtime love affair between the fans and the team.

“You need to aggressively reach out with love and embrace our market to see if you can regain attendance,” Steinberg said.

He believes, in part, that the drop in attendance was attributed to the economic decline, and Rhode Island’s slow recovery. He also acknowledges that there are those within the organization that believe the decline also was tied to the fortunes of the parent club in Boston.

Meanwhile, the team is meeting with fans, improving some small aspects of the ballpark, and incorporating numerous promotions this season, all in an effort to win fans back.

What looms ahead will be interesting. If the fortunes of other International League teams that have built new stadiums is any indication then a new or revitalized facility is inevitable.

The Charlotte Knights opened a new stadium in 2014 and replaced Columbus as the leader in attendance with more than 687,000 fans, a jump from the previous year’s nearly 255,000, a dramatic reversal.

Over the next several months, Pawsox fans should see an aggressive effort to win back fan loyalty, while determining whether there’s life yet for a stadium built on a swamp and a dream nearly 75 years ago.