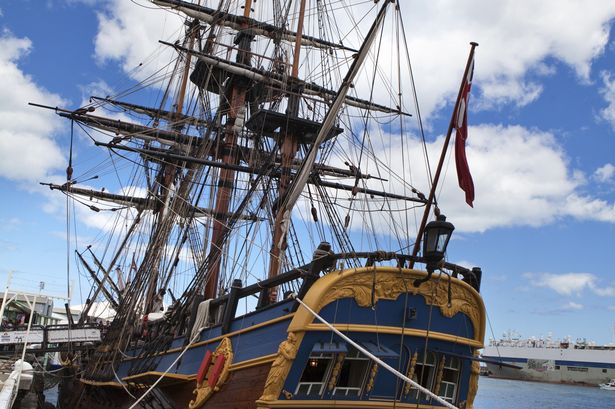 This story has been updated to include further background information on the discovery.

The ship that carried Captain James Cook during several trips to the South Seas, including Tahiti and when he discovered Australia may have been recently located.

Captain Cook’s famous ship has seemingly been discovered in the United States 230 years since it was sold, sunk and forgotten. The Endeavour is one of the most famous ships in naval history and was used by Captain James Cook to discover the East Coast of Australia in 1770.

The last sighting of the Endeavour was around 1778 when it is believed the ship was sold, renamed the Lord Sandwich, and then used to transport British troops during the American Revolution.

Archaeologists believe they have found the scuttled remains of the Endeavour in Newport Harbour, Rhode Island. The Rhode Island Marine Archaeology Project made the discovery, saying the ship was scuttled in the harbour by British forces in the lead up to the Battle of Rhode Island in 1778.

The Endeavour was discovered alongside 13 other ships in a massive archaeological investigation which combined high-tech mapping of the seabed with analysis of historical shipping documents found in London. RIMAP said they were ’80 to 100 per cent certain’ that they remains they had discovered belonged to the Endeavour.