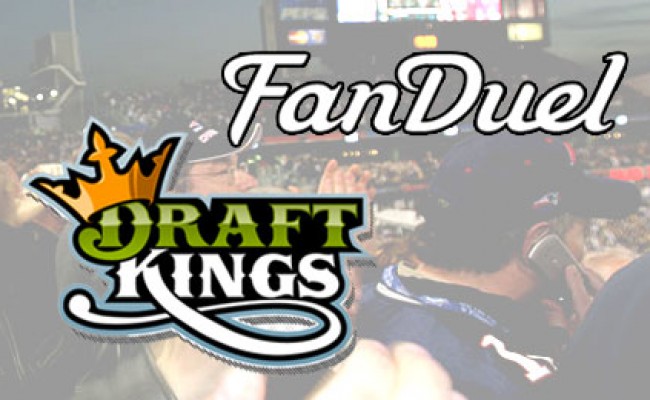 Representative Ruggiero’s legislation (2016-H 7917) would place the online contests, such as FanDuel and DraftKings, under the oversight of the Department of Business Regulation, and would set up restrictions to ensure Rhode Islanders’ protection.

“Daily fantasy sports are a new frontier, and we need to move swiftly to set the ground rules to prevent it from becoming a veritable Wild West. While the current major sites that offer online daily fantasy sports seem reputable, Rhode Islanders deserve protection from something going wrong or from less-upstanding sites that could spring up to take advantage of this profitable new opportunity,” said Representative Ruggiero (D-Dist. 74, Jamestown, Middletown). “I see this as necessary consumer-protection legislation that will keep Rhode Islanders safe in an activity that many people enjoy.”

Attorney General Peter F. Kilmartin last month declared that existing Rhode Island law allows daily fantasy sports games, in which contestants win money based on the performance of individual athletes in real-life professional team sports. Some states consider the online contests an illegal form of gambling, while others, like Rhode Island, don’t and are considering ways to regulate them.

The legislation allows the Department of Business Regulation to establish regulations, and stipulates some restrictions aimed at keeping the contests fair and protecting consumers’ money. Among those restrictions is one barring anyone younger than 18 as well as employees of daily fantasy sports sites and professional athletes who are the subjects of them from participating in the contests as players.

It would also set up protections to ensure players’ winnings are kept separate from the site’s own operating funds, and establishes disclosure requirements, including annual audits, to ensure Rhode Island players are protected.

Under the legislation, each contest would be required to pay an initial registration fee of $50,000, and $20,000 each subsequent year, to Rhode Island, as well as 20 percent of all funds generated from Rhode Island residents, to be paid to the state quarterly by each contest. Each violation of any part of the act would result in a $1,000 fine. Revenue from those fees would go to the state’s general fund.

Representative Ruggiero said she recently participated in one of the major online daily fantasy sports games, and withdrew her winnings to find out whether the site really would deliver as promised. It did, and while she was satisfied with the experience as a consumer, without laws regarding this new activity, Rhode Islanders may have little protection if any of the sites begin taking undue advantage of players.

According to projections based on national information from the Fantasy Sports Trade Association and Rhode Island population estimates, about 147,700 Rhode Islanders likely participated in all forms of fantasy sports last year, although that number includes forms other than daily fantasy sports. Nationally, daily fantasy sports players age 18 and above spent an average of $257 each last year on league-related costs, single-player challenge games, and league-related materials.

“Daily fantasy sports are exciting and fun for people who love sports and competition. They present a new recreational opportunity for sports enthusiasts to feel like team managers and take ownership of their games. Rhode Islanders are spending their hard-earned dollars on these contests, so they deserve consumer protection and to know that each game is operating legitimately,” said Representative Ruggiero.

The legislation was introduced March 10, and has been assigned to the House Finance Committee, on which Representative Ruggiero sits.