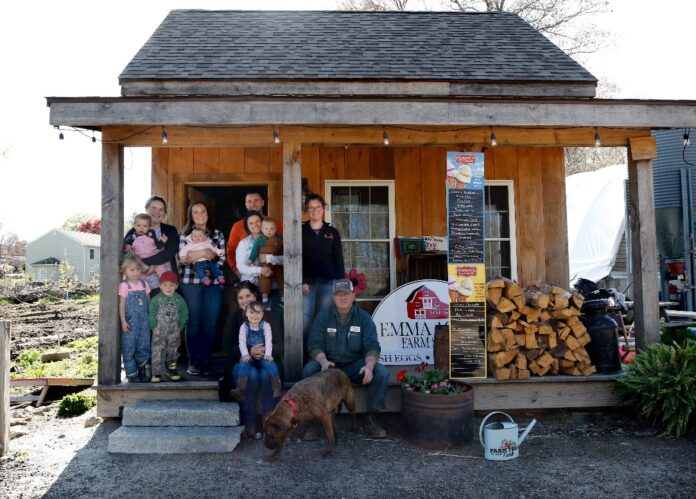 The Rhode Island Department of Environmental Management (DEM) today announced EMMA Acres in Exeter has been named Rhode Island’s 2020 Outstanding Dairy Farm Of The Year by the Rhode Island Green Pastures Committee, of which DEM is a member.

“This awards program shines an important light on the value of dairy farming to our state, and I applaud EMMA Acres and the Green Pastures Committee for their commitment to the viability of this important local industry,” said DEM Agriculture Chief Ken Ayars in a press release announcing the honor.  “EMMA Acres is one of Rhode Island’s finest dairy farms, and it is most deserving of this recognition. Our state has a rich agricultural heritage, and increasingly, local food and agriculture are hotbeds for innovation and growth – spurred on by a growing demand among consumers to know their farmers and benefit from quality, local products.”

EMMA Acres, owned by Rhode Island natives Cynthia and Scooter LaPrise, was selected for this year’s award given the owners’ commitment to farming best practices, community ties, and involvement in dairy farming advocacy and growth. EMMA Acres is a member of the Rhode Island Dairy Farms Cooperative and the Agri-Mark Cooperative. Milk from its 26 cows is used in Rhody Fresh Milk and Cabot dairy products. In October of 2019, the family opened their own farm stand. They sell the entire Cabot Cheese Line, Rhody Fresh Milk, pork, beef and veal raised right on their farm and many other local products from neighboring farms

Cynthia and Scooter LaPrise, who have deep farming roots, purchased the property in 1990, naming it after their four children: Elizabeth, Matthew, Maggie, and Alexandra. Creation of the dairy farm was inspired by the children’s 4-H project in 2002 – when the family’s first Jersey calves were acquired. Cynthia grew up at Bailey Farm in East Greenwich and was involved in 4-H. Scooter was a member and former state president of the Future Farmers of America (FFA) Association. The children are also active in the farming community: Elizabeth, 29, is a former FFA state president; Matthew, 27, works in the wood and logging industry; Alexandra, 26, a former state vice president of the FFA; and Maggie, 21, is the chairperson for the RI Farm Bureau Young Ag Professionals. She also assists in running the day to day operations of both the farm and the stand.

The Outstanding Dairy Farm of the Year award is sponsored by the New England Green Pastures Committee, made up of government and industry members.  Membership in Rhode Island’s Green Pastures Committee is coordinated by the Rhode Island Agricultural Council and the DEM Division of Agriculture.  Winning dairy farmers from each New England state will be honored during a virtual awards ceremony on September 18.

DEM continues to work across many fronts to benefit and strengthen Rhode Island’s green economy and to assist local farmers and fishers in growing their businesses. There are more than 1,000 farms sprinkled across the state and Rhode Island is home to a thriving young farmer network. DEM continues to make investments in critical infrastructure as well as provide farm incubation space to new farmers through its Urban Edge Farm and Snake Den Farm properties.

The state’s food scene is often cited as an area of economic strength ripe for innovation and growth. Already, the local food industry supports 60,000 jobs, and the state’s green industries account for more than 15,000 jobs and contribute $2.5 billion to the economy annually.

For more information on DEM programs and initiatives, visit www.dem.ri.gov. 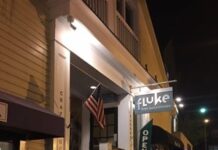