On Sunday, October 20, 2019, the Rhode Island Turnpike and Bridge Foundation will host the Citizen’s Bank Pell Bridge Run over the Newport Pell Bridge.

Open to runners and walkers, the 4-mile course crosses the Newport Pell Bridge eastbound, from Jamestown to Newport. The event day is the only day of the year that pedestrians are permitted on the bridge

Since its inception in 2010, the Citizens Bank Pell Bridge Run and the RITBA Foundation have donated more than $535,000 to non-profits through this event. This year, following an application process in the spring, the RITBA Foundation chose 36 local non-profits that will receive donations from the event. 100% of the net proceeds from the event will be donated to these 36 charities. Individuals and teams have raised nearly an additional $23,000 online for both the official charities and other causes of their choosing. Fundraising will remain open through the week after the event.

Starting at 5:30 AM on Sunday, October 20th, runners and walkers will be shuttled from the Newport Visitors Center to the race start line in Jamestown. Participants will be assigned to specific shuttle times. The race itself will begin at 7:15 AM, with participants broken into waves based on pace. Runners and walkers will follow a course on and over the bridge, taking in the sunrise and the stunning fall vistas that the run/walk is known for. They’ll finally descend from the bridge on to Farewell Street, finishing back at the Visitors Center on America’s Cup Avenue.

For the first time in the events’ history, finishers will receive a custom-designed finishers medal.

Early morning motorists in the Jamestown and Newport area should be prepared for slight delays and traffic detours due to the Run. The event will begin at 7:00 a.m. and police will begin blocking off some roads starting at 6:45 a.m. No pedestrians other than registered athletes will be allowed on any part of the Newport Pell Bridge during the Run.

The road closures are as follows:

For more information on the event, its charitable partners, and how to participate, visit www.pellbridgerun.com 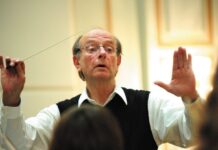 What’s up in Newport County this weekend: February 28 – March 1 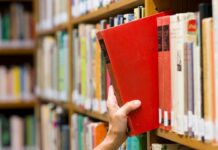 Save The Date: Upcoming adult programs at Tiverton Public Library