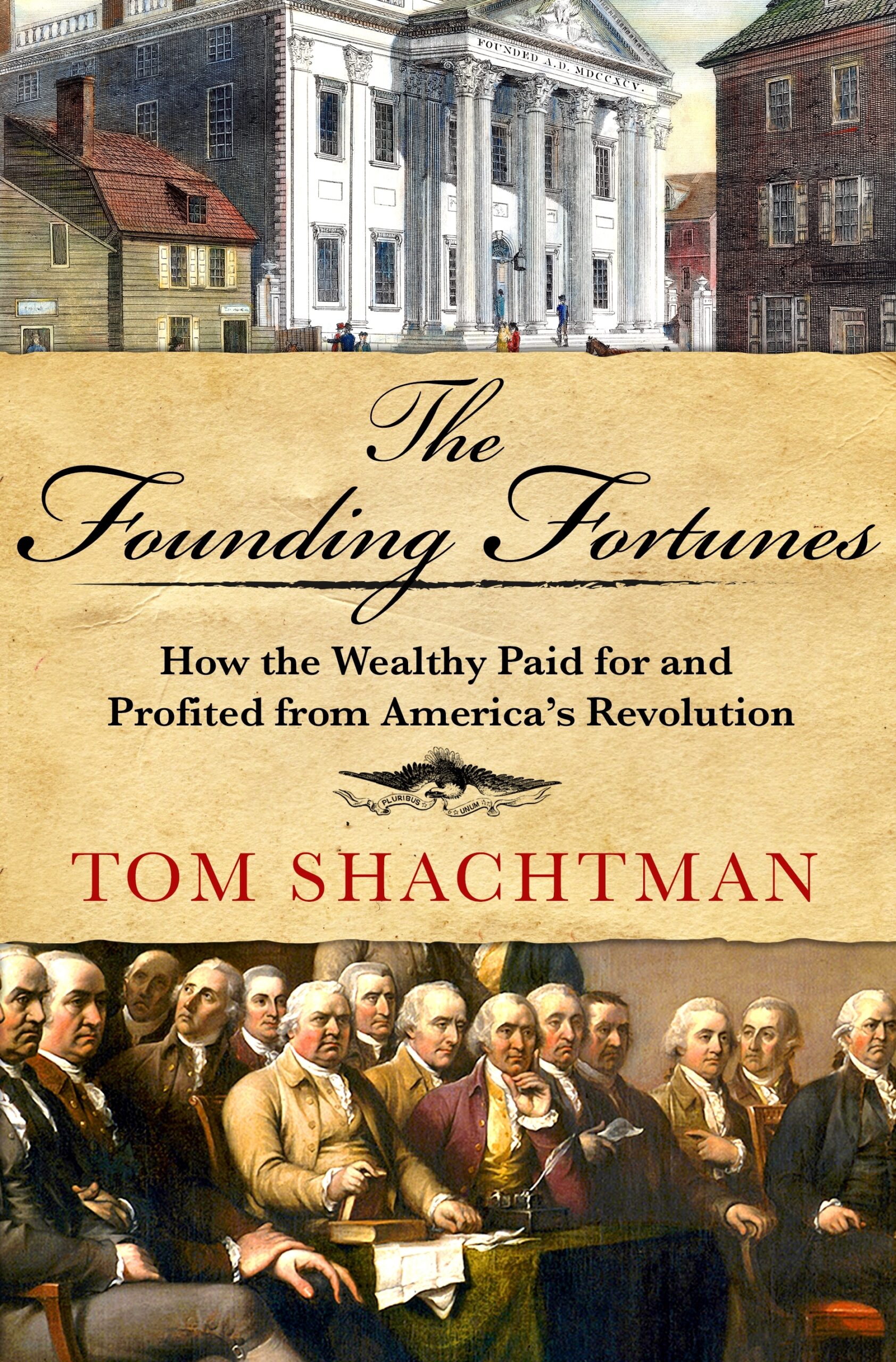 Join the Newport Historical Society for a talk with author Tom Schachtman on The Founding Fortunes: How the Wealthy Paid for and Profited from America’s Revolution on Thursday, March 26, 2020 at 5:30pm at 82 Touro Street, Newport, RI.

Schachtman makes the case as to how the disparity between social classes affected the Revolution, and the ways in which capitalism’s growth spurt in the new United States of America helped more of its people climb the economic ladder. Today, when some question whether the Founding Fathers are still relevant and their economic wisdom is still valid, Schachtman’s book answers ‘yes’ and shows us why.

“It’s a compelling and important story, told well and at the right time, and deserves a lot of attention,” says former executive editor of Fortune, Peter Petre. Discover the “gritty reality” of the American Revolution and its founders’ financial gain. Activities of wealthy individuals such as John Hancock and Elias Hasket Derby as well as financial strategists Alexander Hamilton and Albert Gallatin, reveal why political independence was achieved at the war’s end in 1783, true economic autonomy took another thirty years.

Tom Schachtman is the author of How the French Saved America, and many other histories, as well as documentaries for ABC, CBS, NBC, PBS, and BBC, and taught at New York University, lectured at Harvard, Stanford, Georgia Tech, the Smithsonian, and the Library of Congress. He is a former chairman of The Writers Room in Manhattan, and an occasional columnist for the Lakeville Journal of Northwest Connecticut. Visit his website: www.tomshachtman.com.