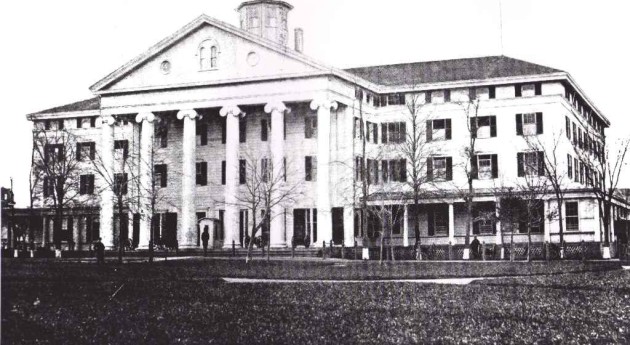 James Plimpton, inventor of the modern quad roller skate, and the New York Roller Skating Association (NYRSA) leased the The Atlantic House Hotel in Newport and converted the dining room into a skating area on August 11th, 1866.

This was the first roller skating rink open to the public in the United States! Plimpton is accredited with the sport’s popularity, which later led to the sport of Roller Derby in 1935.

The Atlantic House Hotel, which is no longer standing, was built in 1845 and is now the Elks Club on the corner of Bellevue Avenue and Pelham Street. During the Civil War the hotel was used to house the US Naval Academy.

Sources: Photo of man on roller skates via Wikipedia