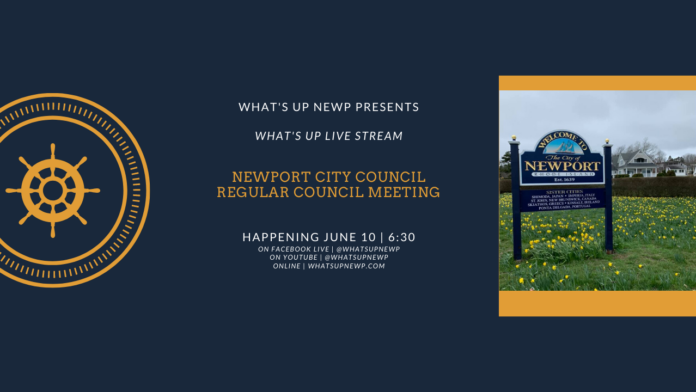 Among the items on the agenda is the proposed budget FY 2021, a resolution condemning racist hate speech, and a ordinance change that would prohibit food trucks from operating on Bellevue Avenue.

Mayor Bova made a motion to move this item to the top of the docket. The motion passed 5 – 2.

On the resolution, Bova said the implicit training would help the City identify where there may be implicit, bias, or prejudice in the city’s systems. Several councilors (McLaughlin, Napolitano, and Ceglie) spoke about how they wish the resolution has been circulated around so all council members could have worked on and signed on to it and spoke to the fact that the charters of the City say that they can not require employees go through training, etc.

Councillor Ceglie made an amendment to the resolution that changes the final resolve and states that the Council directs the City Manager to provide implicit bias training to City Council and City employees. The amendment passed 5-2.

After a long conversation and much input from members of the council and the community, this resolution passed 6-1 (Leonard nay). The conversation around this entire resolution lasted more than eighty minutes.

McLaughlin made a motion to pass a budget that includes no tax increase. After much discussion the budget with a 0% tax increase passed 5-2 (McCalla and Bova nay).

McLaughlin made a motion to move a,b,c,d,e,f to a special meeting on Tuesday, June 16th in conjunction with COVID-19 update meeting. The motion was approved 6-1.

Council voted 7-0 to receive the recommendation.

The resolution was amended in the second and third whearas to clarify the location. Approved 7-0 by Council.

After discussion, City Council voted 5-2 (McCalla and Bova nay) to continue this.

Council voted 7-0 to pass the motion.

Council voted 7-0 to pass the motion.