In response to CESU President Richard Adams’ recent letter to the editor (6/25/20), Council President Sylvia stated (6/29/20) that the Town Solicitor had provided a detailed and well researched opinion invalidating the petition supporting discussion of school regionalization with Newport and that elected officials need to follow the law.

In fact, the Solicitor reviewed the CESU petition in January 2020, made edits, and advised that the petition should be in an ordinance format, all unofficially, of course.

In addition, Mr. Sylvia is on record as saying that School Unification will never happen as long as he has anything to do with it and he has taken every opportunity to squash Council discussion on multiple occasions.

One has to wonder if the last-minute ruling reflects incompetence or deliberate obstruction. 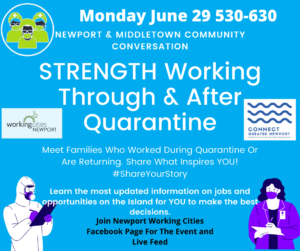 The lack of transparency, personal bias and blatant arrogance by the collective actions in the handling the CESU petition issue by the Council is intolerable and will be viewed my many as a form of voter suppression at a minimum.

Even after the questionable legal opinion was acted upon and the Ordinance was set aside, the Town Council had an opportunity to respond to the voter petition by approving a motion made by Councilwoman VonVillas to appoint a Committee to Study School Unification.

Had the motion passed, the opportunity to conduct discussions on School Unification would have been possible and a potential negotiated agreement between Newport and Middletown might have been put to the voters at a later date.

Once again, however, personal bias and arrogance stood front and center when the motion was defeated 6-1 without discussion.

I cannot agree more with Mr. Sylvia when he said,

“Either way, elected officials who pursue their personal agendas without regard for the law or the consequences are not what Middletown needs.”  Incumbent Councilors Sylvia, Turano, Santos, Rodrigues, Lombardi, and Flynn all need to be sent home where their personal bias and indifference to voters will be irrelevant.

Letter To The Editor: We now look to our elected leaders to display true leadership when it is most needed