They stormed the beaches at Normandy – Utah, Omaha, Gold, Juno, and Sword. They fought battles at sea, in the air, and on the ground. And they liberated Hitler’s death camps.

At home, they planted victory gardens, worked in factories in support of the war effort.  They accepted, in the name of patriotism and future generations, rations on food and clothing, gasoline, and more. They endured hardship and uncertainty and they united under strong leadership, a strong will, and common belief that real freedom is only won through sacrifice, through communal sacrifice.

And their sacrifices did not last days, or weeks, or months, but years. When they emerged, they were stronger individually, as a community, and as a nation, preserving the very freedoms for which they fought for future generations. The very freedoms we enjoy today. As it was written of that generation: “Americans learned, as they did during the Great Depression, to do without. Sacrificing certain items during the war became the norm for most Americans. It was considered a common good for the war effort, and it affected every American household.”

Since early March, more than 1,000 veterans have died in Veterans’ Homes, more than 12,000 VA patients had been diagnosed with coronavirus. And in nursing homes and long-term care facilities, deaths among those in their mid-80’s and older are reported with frequency, a huge percentage of the nearly 100,000 who have died from COVID-19 in this country.

We owe them death with dignity. But now, many die alone, separated from relatives and friends. Their funerals are sparsely attended, mourners kept away because of the virus. They are the victims of a virus brought to them by unknowing younger workers or visitors, who themselves are unaware they are infected (CDC: nearly 1 million of the 1.6 million cases have been diagnosed in people 60 and under).

Now, in state after state, city after city, and in our federal government’s leadership, there are those that defy even a few weeks, months of sacrifice, far less than was required in World War II. They gather in groups without masks, sometimes armed, demanding immediate re-opening of all facilities, and proclaiming that their individual right to go mask less far outweighs the community’s wellbeing.

In Michigan, a clerk is murdered for demanding a customer wear a mask as required.

In Van Nuys, California, two men are arrested for assaulting a Target security guard, who confronted them for not wearing masks. The security guard suffers a broken arm.

In Stillwater, Oklahoma, the mayor rescinds an order within 24 hours of issuing it, requiring customers to wear face masks. Businesses were threatened with violence.

In Denver, there are more than 50 incidents of people refusing to wear masks, in just one day.

In Washington, D.C., the president, rather than leading by example, refuses to wear a mask, and urges the re-opening of everything, in contradiction to the orders he gave just a few short weeks before.

Comedian Trevor Noah: “Forget a vaccine, scientists need to start working on a chill pill. Health officials are asking us to cover our faces to protect ourselves and everyone is acting like they have to get spayed and neutered.

“The people who don’t wear masks are ruining it for everyone,” he said, noting an entire park in Miami had to be closed down because people would not follow the guidelines. “Miami, you know I love you, but what are you doing? Getting mad about being asked to cover your face? I’ve been to Miami, nobody’s looking at anybody’s face.”

So. Monday is Memorial Day. It is a day we honor our war dead. A holiday with origins just after the Civil War. It is a day we remember our World War II veterans, and how their character helped shape who are, who we will become. 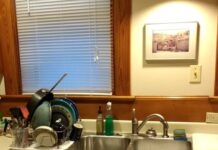 Brian C. Jones: What can one person do in troubled times? The dishes 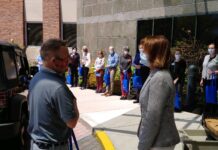 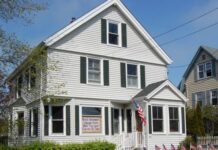 Brian C. Jones: From a pilot, two poets and a coach, messages of hope 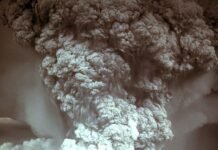 Gerry Goldstein: So went the old man of the mountain

Newport Tour Guides & Greeters News: Revisiting why we love to share Newport with the world