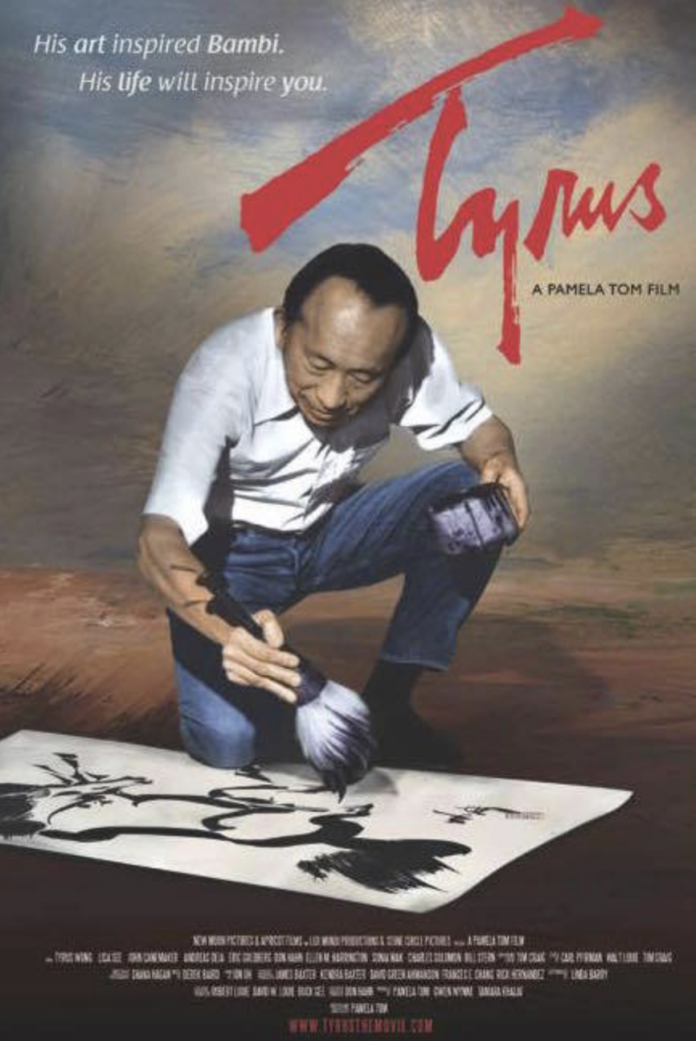 The following was written by Jamestown Arts Center.

People worldwide have seen the Disney animated classic Bambi and been deeply moved by it, but few can tell you the name of the artist behind the film. Even fewer are aware of this pioneering artist’s impact on American art and popular culture. Until his death at the age of 106, Tyrus Wong (1910-2016) was America’s oldest living Chinese American artist and one of the last remaining artists from the golden age of Disney animation. The quiet beauty of his Eastern-influenced paintings caught the eye of Walt Disney, who made Wong the inspirational sketch artist for Bambi. Filmmaker Pamela Tom (A Tribute to Sir Sidney Poitier, Two Lies ) corrects a historical wrong by spotlighting this seminal, but heretofore under-credited, figure in American Masters: Tyrus, in honor of the 75th anniversary of Bambi (August 1942).

Born in Canton (now Guangzhou), China, right before the fall of the Chinese Empire, Wong and his father immigrated to America in 1919, never to see their family again. American Masters: Tyrus shows how he overcame a life of poverty and racism to become a celebrated painter who once exhibited with Picasso and Matisse, a Hollywood sketch artist, and ‘Disney Legend.’ Previously unseen art and interviews with Wong, movie clips and archival footage illustrate how his unique style – melding Chinese calligraphic and landscape influences with contemporary Western art – is found in everything from Disney animation (Bambi) and live-action Hollywood studio films (Rebel Without a Cause, The Wild Bunch, Sands of Iwo Jima, April in Paris) to Hallmark Christmas cards, kites and hand-painted California dinnerware to fine art and Depression-era WPA paintings. The film also features new interviews with his daughters and fellow artists/designers, including his Disney co-worker and friend Milton Quon, Andreas Deja (The Little Mermaid), Eric Goldberg (Aladdin) and Paul Felix (Lilo & Stitch), and curators and historians of Wong’s work.

“Tyrus Wong’s story is a prime example of one of the many gaping holes in our society’s narrative on art, cinema, and Western history,” said Pamela Tom. “By telling his story, I wanted to shine light on one of America’s unsung heroes, and raise awareness of the vital contributions he’s made to American culture.”

“When I met Tyrus, I knew very little about his astounding work, which I then saw displayed prominently at the Asian Art Museum of San Francisco,” said Michael Kantor, American Masters series executive producer. “This beautifully realized film is a reminder that there are many American Masters who are not immediately recognizable, but when you learn about their stories, you’ll never forget them.”

Tyrus Film Screening  – At A Glance