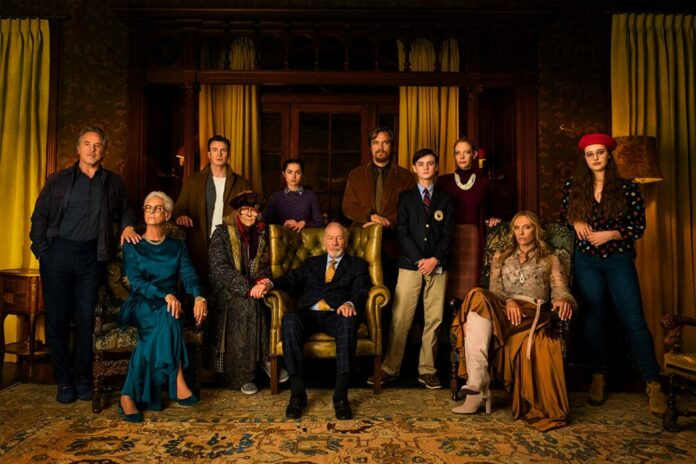 Successful mystery writer Harlan Thrombey (Christopher Plummer) is found dead from an apparent suicide, but private eye Benoit Blanc (Daniel Craig), fresh off a profile in the New Yorker, suspects there’s more to it. He interviews Harlan’s children, their spouses, and his grandchildren, played by a star-studded ensemble cast, as well as Harlan’s former nurse and close confidant, Marta Cabrera (Ana de Armas). Everywhere the detective looks he sees just cause for suspicion, and it’s up to him to discover who deserves to end up behind bars. This is the setup of Knives Out, the newest movie from writer-director Rian Johnson, and it sounds familiar, right? It should — it’s the classic “whodunnit” (a label that Johnson proudly slapped on all the posters), a variant of the murder mystery you might recognize from many of Agatha Christie’s novels, the occasional role-played dinner party, and every game of Clue ever.

What is it that makes this new version of an old tale so special, you ask? Certainly not its premise — all murder mysteries of this kind begin essentially the same way, and they all promise to solve the case and catch the killer before the final credits roll. What sets a “whodunnit” apart, then, is its storytelling, how skillfully it gets from A-to-B, and we viewers are exceedingly difficult to please. Even though we spend the entire film trying to spoil it for ourselves, we expect to be surprised, and will be disappointed if the killer’s identity is too obvious. If the ending comes out of nowhere, however, we will feel cheated to learn it was always unsolvable. The perfect ending hides in plain sight, clues sprinkled throughout the film that snap beautifully into place when the logic that connects them is finally revealed. Achieving this requires total control over the eyes and expectations of the audience.

To share the full brilliance of the story of Knives Out in this review would rob you of the year’s most fun movie theater experience, so suffice it to say that Johnson tells it masterfully. Practically every aspect of the filmmaking sparkles with superior craftsmanship, from the hilarious and suspenseful script to the creative production design. The characters walk a thrilling line between quirky and cartoonish as Johnson expresses his love for the genre without ever falling into parody, and the actors bring them fully to life, all capable of turning from endearing to buffoonish to sinister on a dime (Jamie Lee Curtis and Toni Collette being the favorites of this reviewer). Johnson also doesn’t shy away from engaging with his contemporary setting, and Marta’s relationship with the Thrombey’s allows for a takedown of the 1% that sees neither side of the political spectrum emerge unscathed.

Perhaps the film’s only drawback is having too much of a good thing — though de Armas and Craig are engaging in the lead roles, the Thrombey family functions as a true ensemble, and every member feels worthy of more screen time than they receive. But that excess of quality in no way hinders you from enjoying every second of the cinematic thrill ride Johnson has crafted. Make sure to seek out your nearest multiplex this Thanksgiving holiday and experience it for yourself, before those pesky spoilers flood your social media feeds. 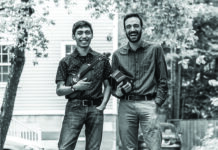