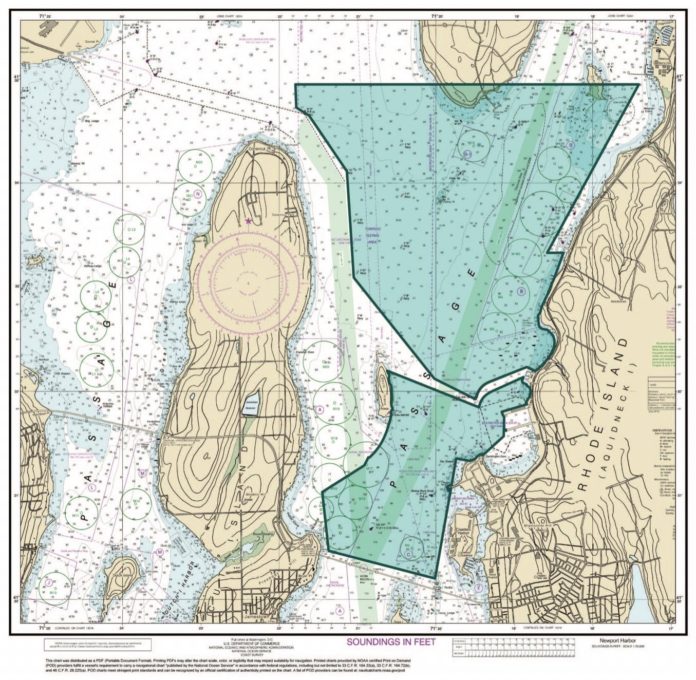 The Naval Undersea Warfare Center (NUWC) Newport, RI, will be conducting in-water exercises and technical demonstrations of unmanned surface, underwater, and aerial vehicles in the East Passage of Narragansett Bay from 26-29 August 2019, according to a recent Facebook Post by Rhode Island Marine Trades Association (RIMTA).

RIMTA also shared, “See the graphic below for a depiction of operating areas for this exercise, which include the torpedo range between Gould Island and Prudence Island, and the area in the vicinity of Coddington Cove. Operations will also be conducted in the torpedo range between transit lanes of the traffic separation scheme at the entrance to Narragansett Bay. Although all waterways will remain open to commercial and recreational vessel traffic, mariners are requested to remain well clear of vessels and aircraft participating in the exercise. Additionally, mariners are asked to comply with all specific requests by NUWC, either directly to vessels or through a general broadcast on VHF-16, to provide a wide berth to all Navy exercise operations”.