These memorials, monuments, and markers throughout Newport, RI document the trials, tribulations, battles, historical events and those Newporter’s lost while at a battle. We hope that this will inspire you to visit an important marker, monument, and memorial that more than likely has been an integral piece of our city and nations history.

This tribute in front of Newport City Hall is to honor more than 70 men of Newport who gave their lives
during the world war, 1917 – 1918.

More than 170 soldiers from Newport, RI who were lost during World War II are remembered at this monument in front of Newport City Hall.

Located in front of Newport City Hall this monument honors the twelve Newport residents who died during The Korean Crisis between 1950 – 1953.

The Vietnam Crisis Monument, located in front of Newport City Hall, honors eleven who died while answering their country’s call between August 5, 1964 to May 7, 1975.

17 – The Tree of Liberty (American Revolution)

Editor’s Note: This story was originally published on November 11, 2015; it has been republished due to popular demand. 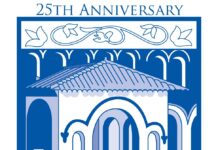