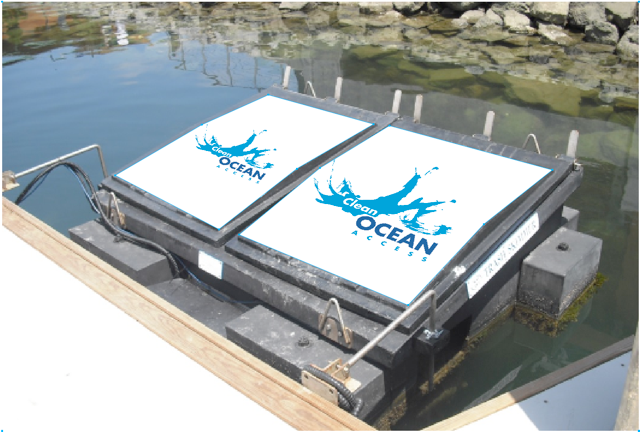 On Friday, April 26th, Clean Ocean Access (COA) in partnership with Community Boating Center will hold a press event announcing the launch of the Port of New Bedford Marina Trash Skimmer located in the Port of New Bedford. The installation in New Bedford marks the expansion of the innovative marina trash skimmer technology in the top fishing port in the country, followed by Alaska, with the goal to eliminate marine debris and improve coastal water quality in southeast New England.

The Port of New Bedford Marina Trash Skimmer is part of the Southeast New England Marina Trash Skimmer program, a multi-year initiative funded by 11th Hour Racing that seeks to improve the health of southern New England’s harbors and marinas frequented by thousands of residents and visited by tens of thousands of tourists annually Floating marine debris not only presents a nuisance to recreational and commercial vessels, it also impairs water quality and degrades marine habitat and ecosystems that are critical to New Bedford’s coastal community. Education and outreach efforts to engage the broader New Bedford community through the marina trash skimmer program are made possible by funding from the Amgen Foundation and the Island Foundation.