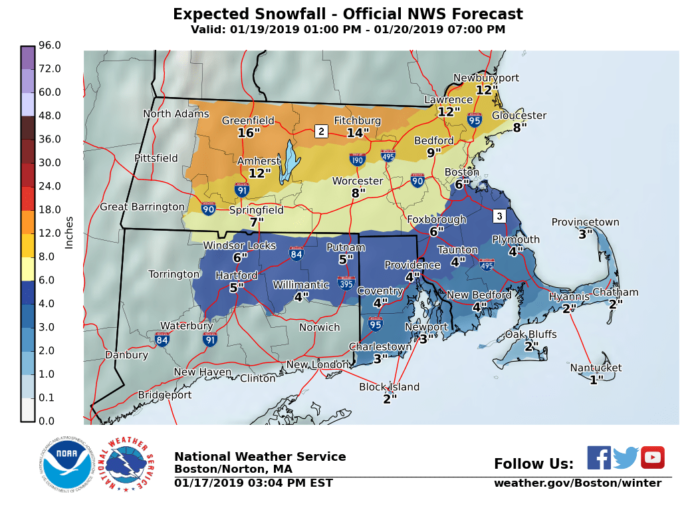 In case you hadn’t heard, we have some winter weather ahead over the next few days.

Detailed Forecast for Newport via the National Weather Service

Tonight – Snow likely, mainly after 4am. Cloudy, with a low around 25. Southeast wind 5 to 7 mph. Chance of precipitation is 60%. Total nighttime snow accumulation of less than a half inch possible.

Friday – Rain and snow likely before 1pm, then a slight chance of rain between 1pm and 4pm. Mostly cloudy, with a high near 41. East wind around 6 mph becoming southwest in the afternoon. Chance of precipitation is 70%. New snow accumulation of less than a half inch possible.

Friday Night – Partly cloudy, with a low around 27. West wind 7 to 10 mph becoming north after midnight.

Saturday Night – Snow and sleet before 2am, then rain and snow between 2am and 3am, then rain after 3am. The rain and sleet could be heavy at times. Low around 27. Breezy, with an east wind 14 to 20 mph, with gusts as high as 37 mph. Chance of precipitation is 100%.

Sunday – Rain before 11am, then freezing rain between 11am and 4pm, then a chance of freezing rain and sleet after 4pm. The rain and freezing rain could be heavy at times. High near 35. Breezy, with a southeast wind 13 to 20 mph becoming north in the afternoon. Winds could gust as high as 33 mph. Chance of precipitation is 100%.

Sunday Night –A chance of snow and sleet before 7pm. Mostly cloudy, with a low around 11. Blustery, with a northwest wind 18 to 21 mph, with gusts as high as 37 mph. Chance of precipitation is 30%.

The following Winter Storm Watch and Special Weather Statement have been issued by the National Weather Service.

* WHAT…Heavy snow, sleet, and freezing rain. Total snow and
sleet accumulations of 2 to 6 inches. Ice accumulations of one
to three tenths of an inch possible with localized amounts up
to one half inch not out of the question. Winds could gust as
high as 40 mph.

* ADDITIONAL DETAILS…Snow develops by early Saturday evening
before changing to sleet, rain and freezing rain by midnight.
Any rain changes back to sleet and freezing rain by lunchtime
Sunday. A change back to all snow is then possible before ending
early Sunday evening. A flash freeze is also possible with a
rapid drop in temperatures expected Sunday. Scattered power
outages are possible if higher amounts of ice accretion occur.

A Winter Storm Watch means there is potential for significant
snow, sleet or ice accumulations that may impact travel. Continue
to monitor the latest forecasts.

..SOME SLIPPERY TRAVEL POSSIBLE LATE TONIGHT AND DURING THE
FRIDAY MORNING COMMUTE…

A period of light snow is expected after midnight tonight and
during Friday morning across the area. Snowfall accumulations are
expected to range from a dusting to 2 inches. While the snow is
expected to be light, temperatures in the teens and 20s will
allow any snow to stick on untreated roads. This could lead to
slippery travel for the morning commute.

Motorists should use caution late tonight and Friday morning.
Precipitation is expected to end towards midday Friday, possibly
ending as some light rain over east coastal MA and RI. 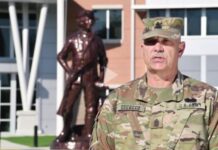