The streets and landmarks of Newport are rich in more than three hundred years of history, triumphs, and tribulations. Look no further than the street names around Newport for a quick history and tip of the hat to some of Newport’s original founders, heroes, and early settlers.

By no means is this a complete list, but it’s a start. It’s a start of a conversation, it’s a reminder of just how old and great this city is and hopefully, it’s the beginning of a whole new generation of locals and tourists to dig in and find interest in Newport’s epic history.

We like to think that we get your mind going and that you’ll dive into the history of your backyard with further interest. The Newport Historical Society is a great resource and place to visit1

We hope you learn something, we certainly did!

Editor’s Note: This story was originally published on November 9th, 2015, it has been republished due to popular demand.

“Aquidneck” is derived from the Narragansett name for the island, aquidnet.The word literally means “floating-mass-at” or simply “at the island”. Other sources claim Aquidneck is a Native word meaning “Isle of Peace.”

In 1990 Carol C. Ballard donated a thirteen acre parcel of open space to the City of Newport “for the enjoyment of all Newport’s residents” thus creating Ballard Park. Carol envisioned the site would serve as an outdoor laboratory for area students and a place where the local public could connect with nature.

The Wharf John Bannister built was the social and commercial lifeline to colonial Newport, the connector between an active harbor and an enterprising, young town.

Source: The History of Bannister’s Wharf

Many believe that Bellevue is derived from a French term for “beautiful view.”

Bowen’s Wharf was originally known as Stevens’ Wharf, after Robert Stevens Ship Chandler. This shop was next owned by George Piltz and served as the office for the George Bowen’s Coal Company. The Robert Stevens mansion was at the corner of Bowen’s Wharf and Thames Street, and was a unique double house design

The point was named after Governor William Brenton (c. 1610–1674), an early settler, who owned the land as a large farm in the 17th century.

Brenton originally called the area “Hammersmith” after his hometown in England. The original name survives in the name of Hammersmith Farm, an estate on the point later owned by the family of First Lady Jackie Kennedy Onassis.

The Basin Field ballpark was renamed for Bernardo Cardines, a Newport baseball player who was Newport’s first citizen to die in World War I.

Built as a memorial to William Ellery Channing, a Newport native who is widely seen as the founder of modern Unitarianism in America, the church and the congregation has been at the forefront of the Unitarian Universalist tradition here in the United States since its beginnings.

Named after Dr. John Clarke (1609-1676) one of the original purchasers and proprietors of the island, founders of Newport and one of the founders of the First Baptist Church in Newport, its first pastor, and munificent benefactor.

The Newport Bridge was renamed for U.S. Senator Claiborne Pell in 1992.

The five landmarks are named after William Coddington (c. 1601 – 1 November 1678), one of the original eight founders and first officers of Newport, RI.

These two locations were named after Nicholas Easton (c.1593–1675), one of the eight founders and original officers. In Newport, Easton became active in civil affairs, serving as assistant to the governor for several years, and in 1650 was elected President of the four towns of the colony.

Following his first presidency, the colony was split in 1651 by William Coddington who wanted the two island towns to be under a separate government, and who went to England to get the authority to do this. In 1654 the four towns were reunited, and Easton was once again elected President, presiding for another year over the united colony.

Narragansett Native Americans called the island “Nante Sinunk”, and sold the island in 1658. Early Newport colonists used the island as a goat pasture

It was erected on what had been originally known as “Hammersmith Island,” possibly named after the English hometown of William Brenton, the 17th-century governor of Rhode Island who established the first farm on the site in 1640.

Salve Regina is a Latin term which translates as “Hail, (Holy) Queen”, a Marian hymn and one of four Marian antiphons sung at different seasons within the Christian liturgical calendar of the Catholic Church.

The street takes its name from the Thames River in London, England, an area from which many of the early colonists migrated. Today local residents pronounce the street name with a hard “th” and which rhymes with “names” rather than the British pronunciation of “temz.”

The evidence of the large number of Quakers who settled in Newport in the 17th century can be seen today in the fact that many streets in the “The Point” are named after trees (Elm, Poplar, Willow, Walnut, Chestnut, Cherry, Pine, Sycamore, and Cypress).

The Touro Synagogue was built from 1759 to 1763 for the Jeshuat Israel congregation in Newport under the leadership of Cantor (Chazzan) Isaac Touro.

Judah Touro’s lasting fame, however, was as a philanthropist. He contributed $40,000—an immense sum at the time—to the Jewish cemetery at Newport, and bought the Old Stone Mill there, at that time thought to have been built by Norsemen, giving it to the city. The park surrounding it is still known as Touro Park.

n 1820, Abraham Touro had a brick wall built around the cemetery, and when he died in 1822 he bequeathed $10,000 to the State of Rhode Island for the support and maintenance of the “Old Jewish Synagogue” in Newport. He made an additional bequest of $5,000 for the maintenance of the street which runs from the cemetery down the hill to the synagogue building. As a result of his generosity, the street was named “Touro Street.” When the state legislature accepted Abraham’s gift, they were the first to publicly refer to the synagogue as “Touro (or Touro’s) Synagogue.”

This story was originally published on November 10, 2015. 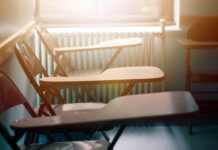 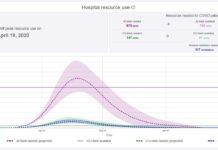 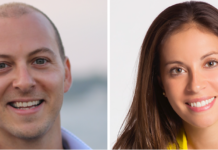 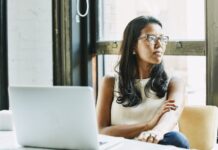